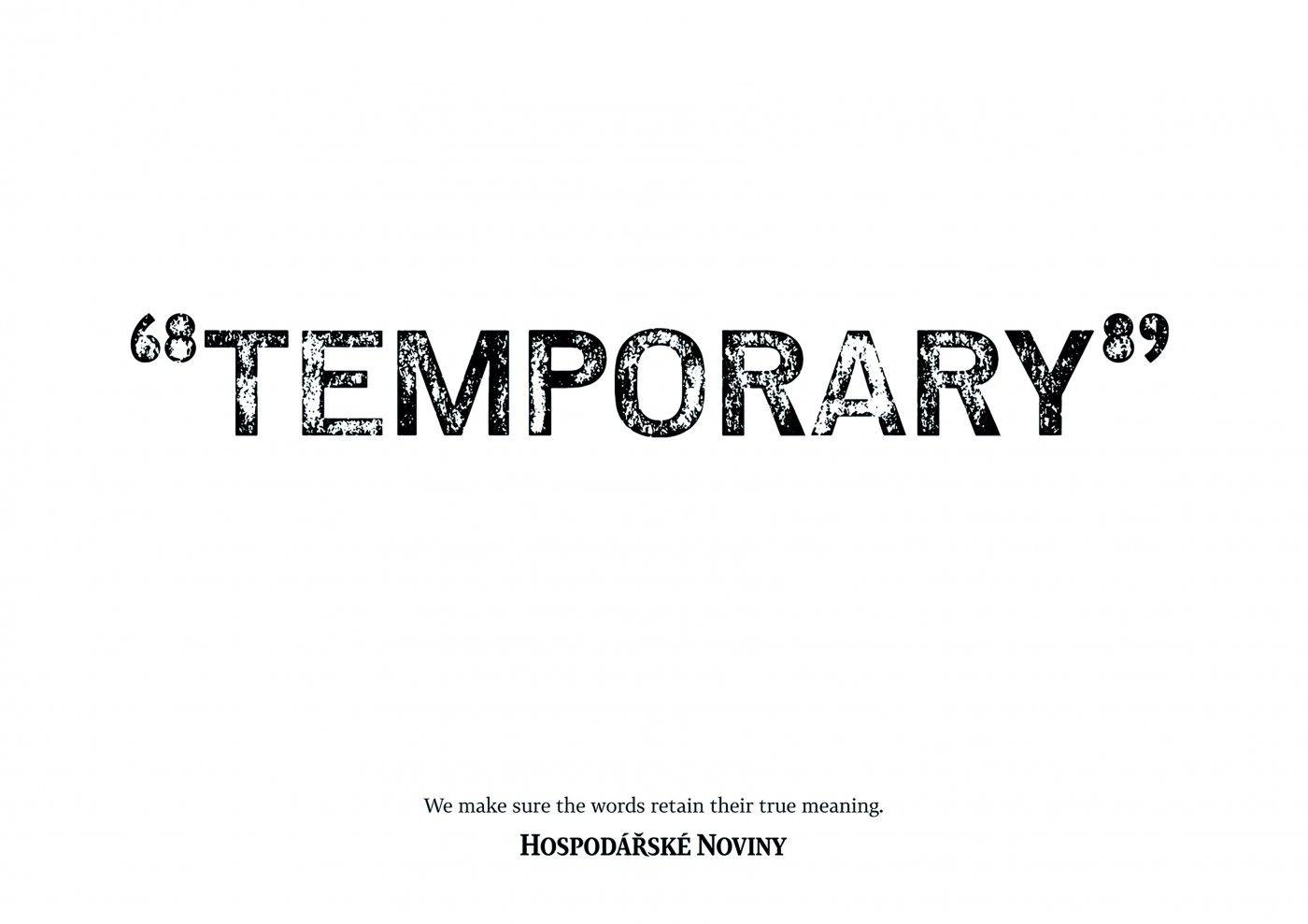 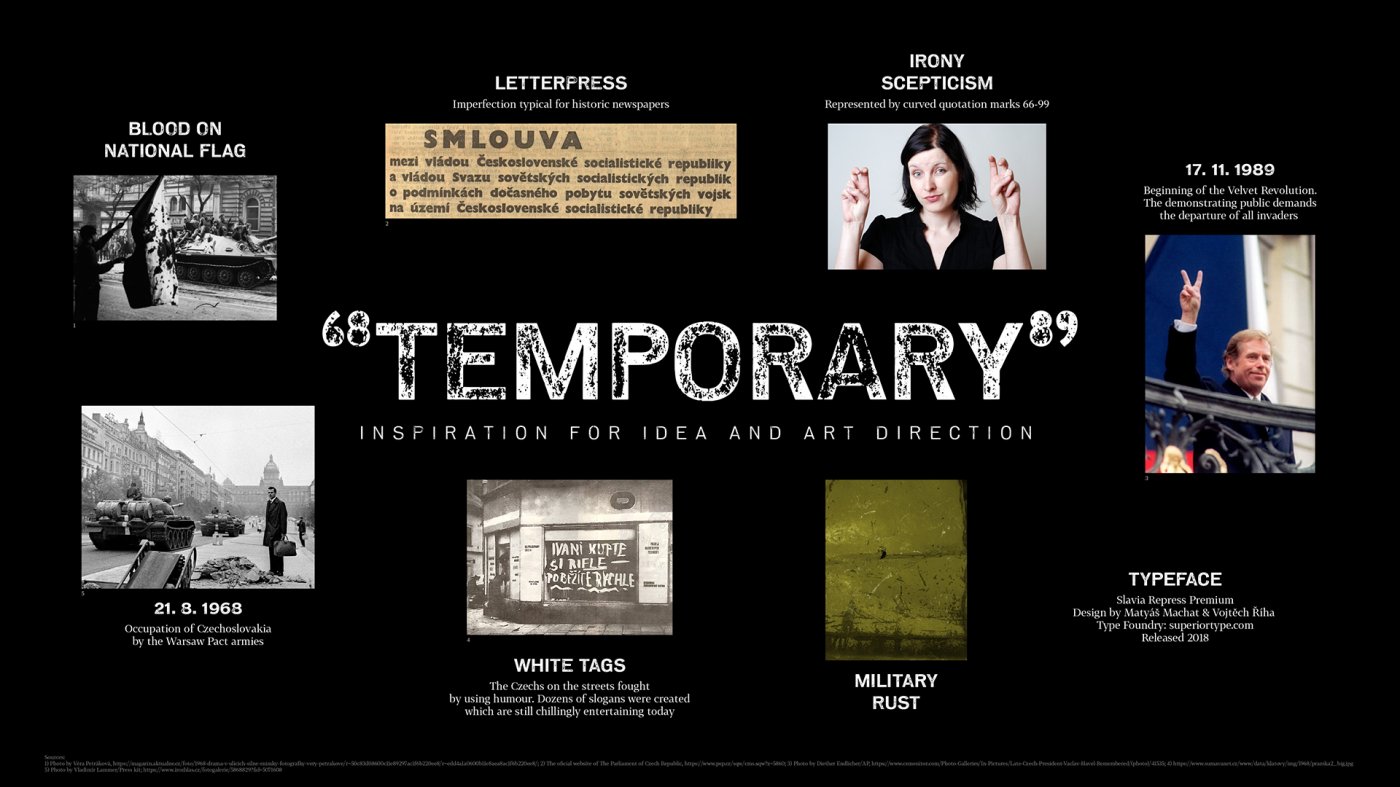 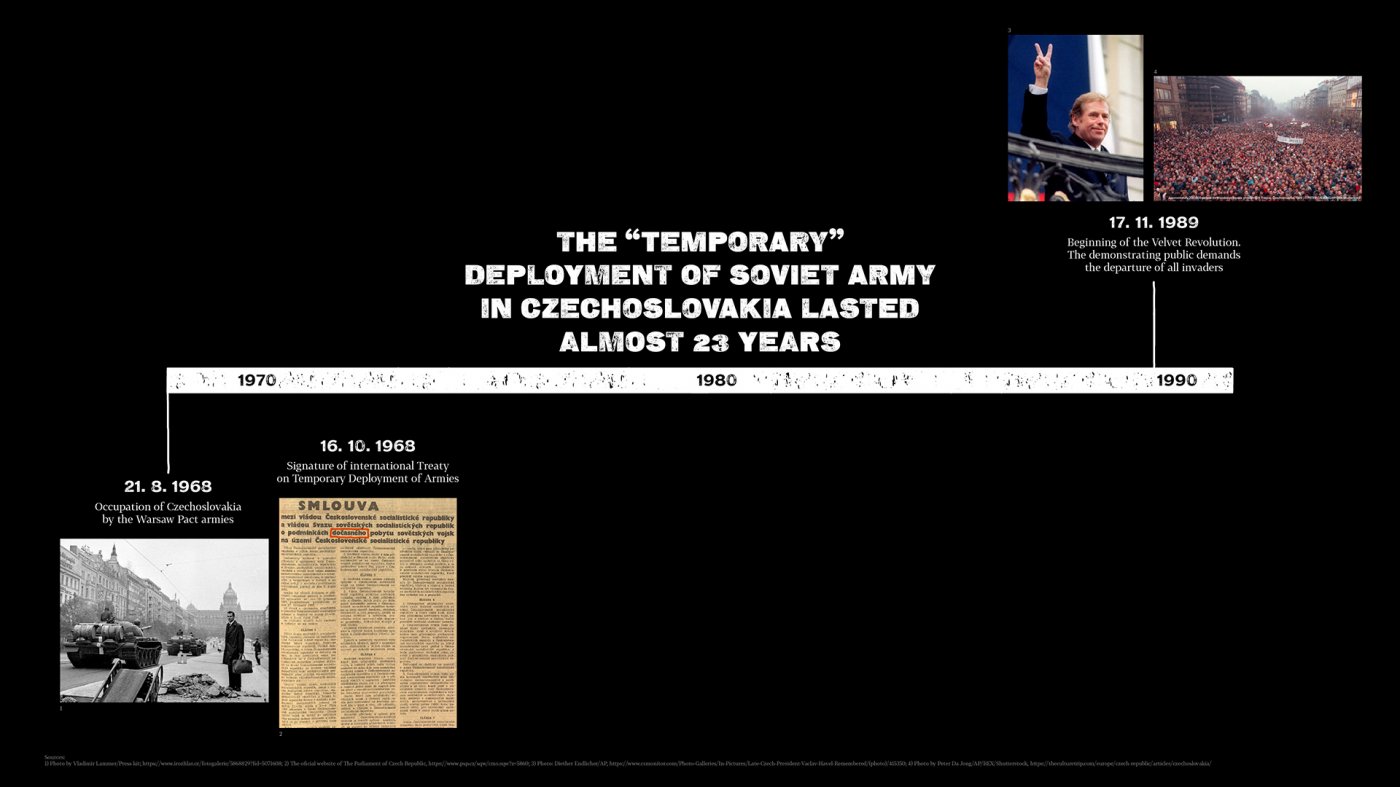 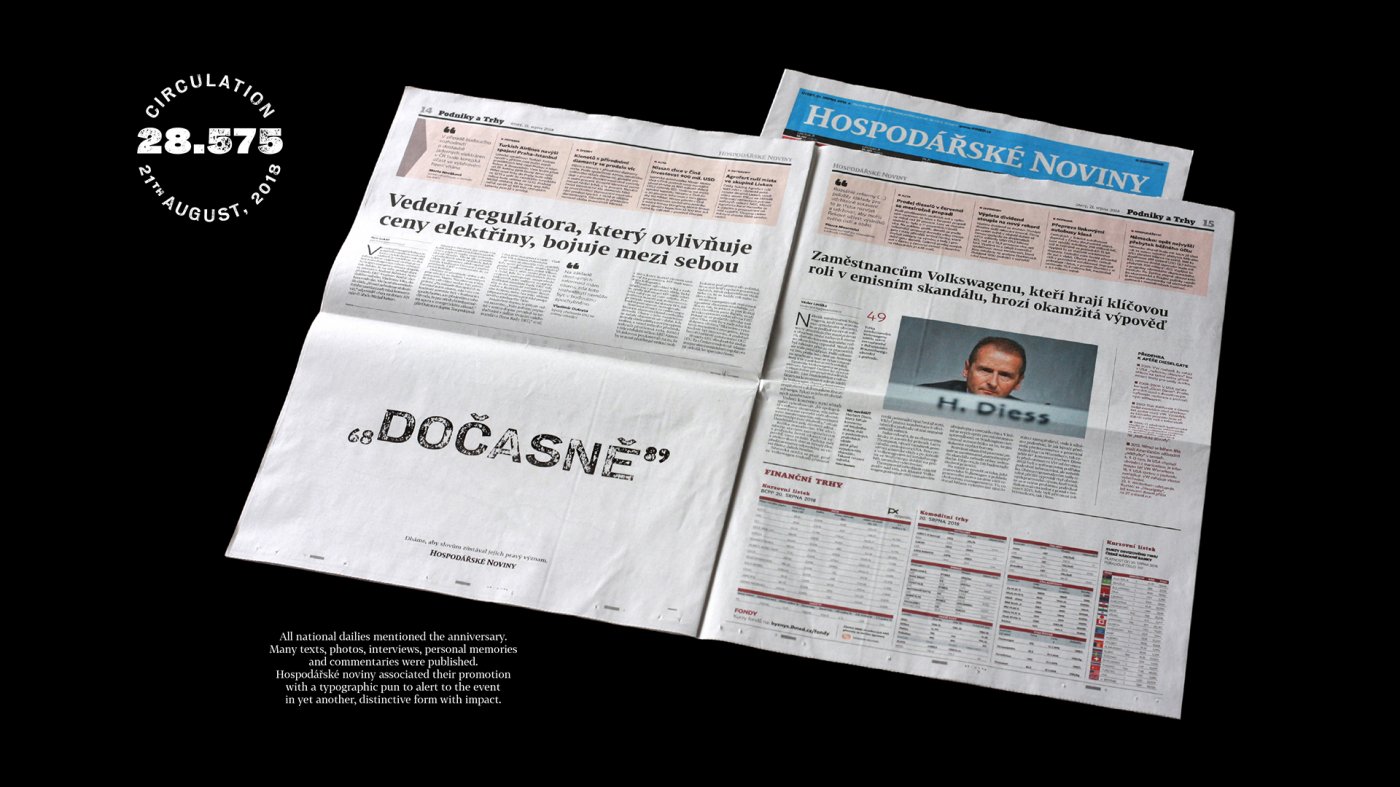 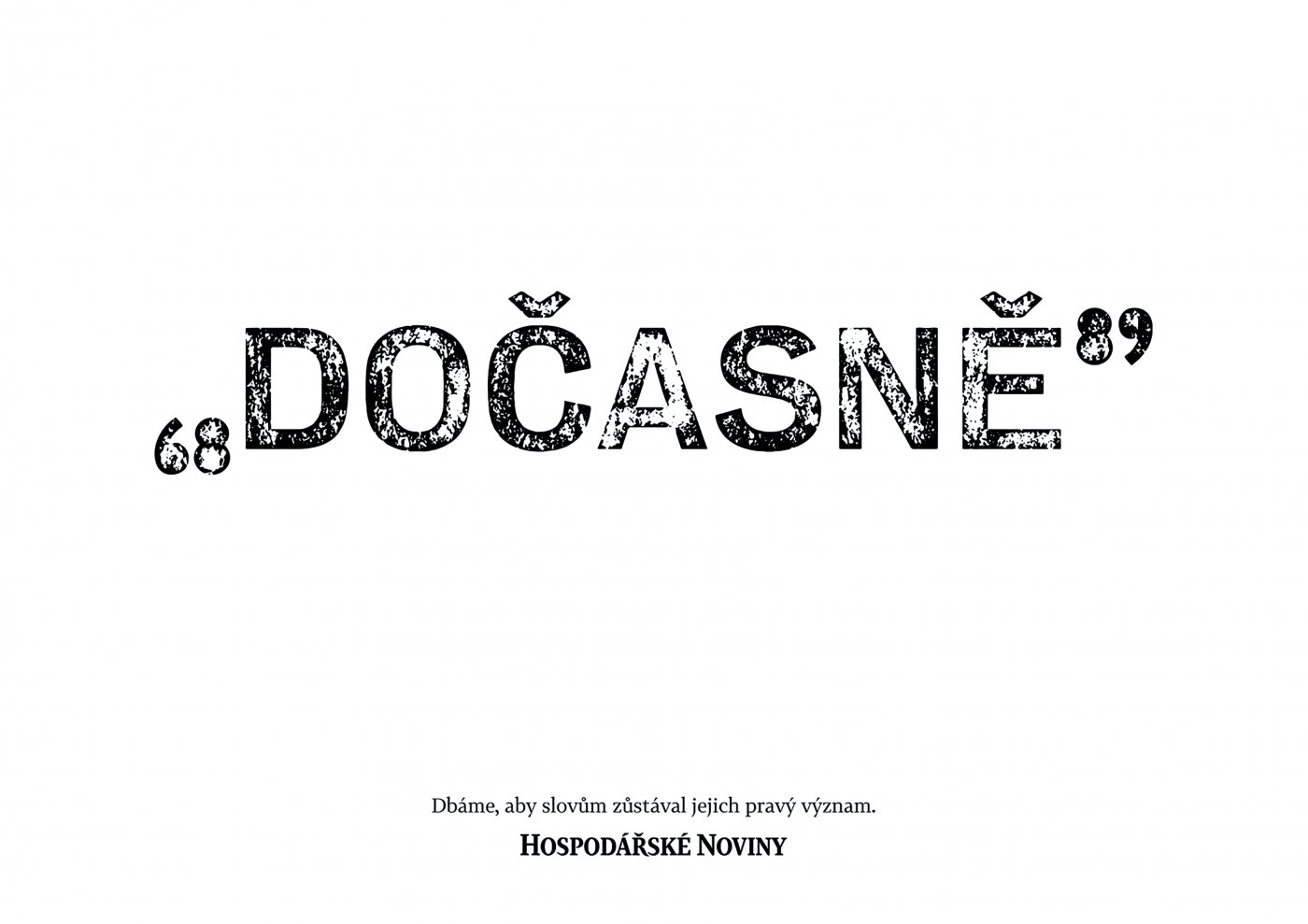 This one-off ad was printed in Hospodářské noviny on 21st Aug, 2018, the 50th anniversary of Czechoslovakia’s occupation by the Warsaw Pact armies. The government at the time legitimized the invasion with a Treaty on Temporary Deployment of Soviet Army until the 1989 Velvet Revolution. Thus, the word temporary became a part of our history as an ironic symbol of totalitarian newspeak. The artwork was inspired by letterpress imperfection, rusty armour and blood stains.