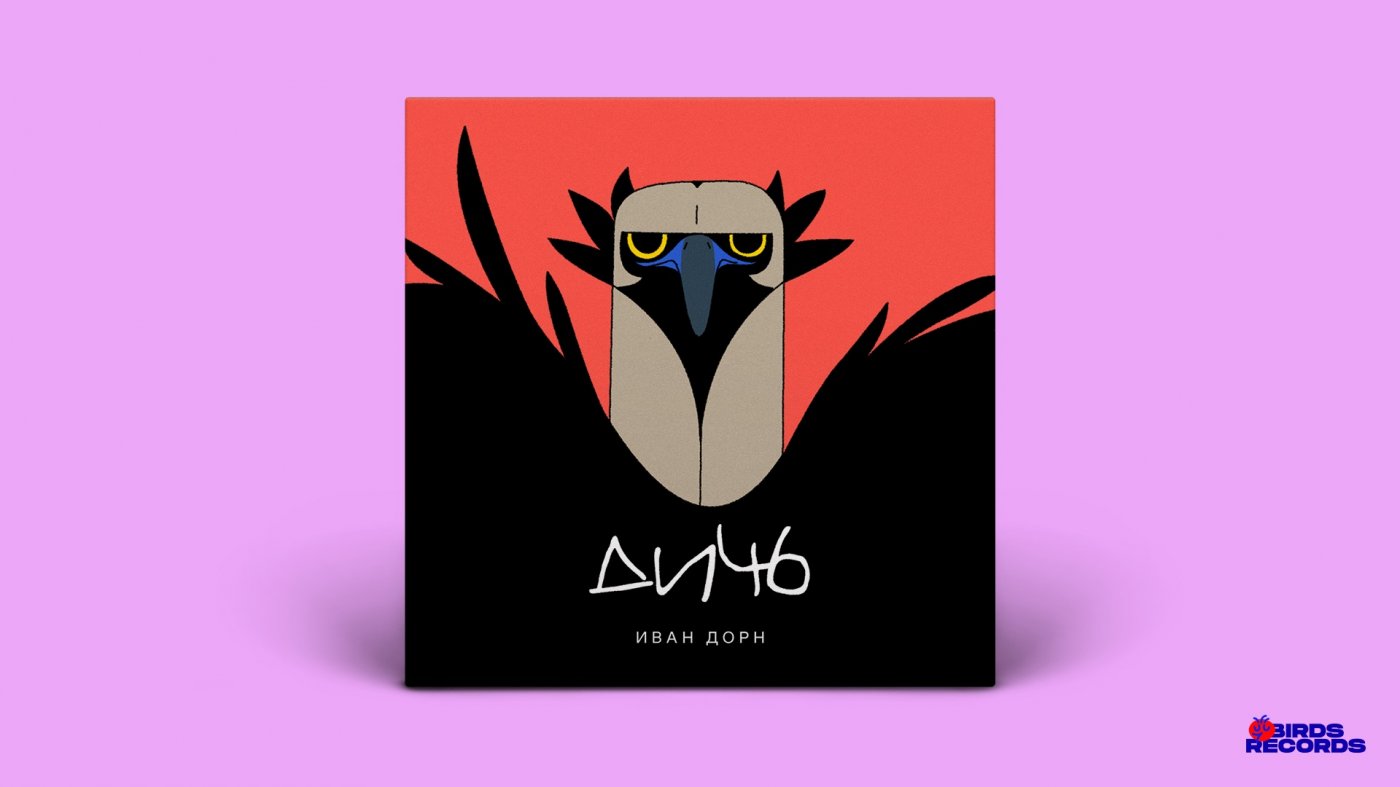 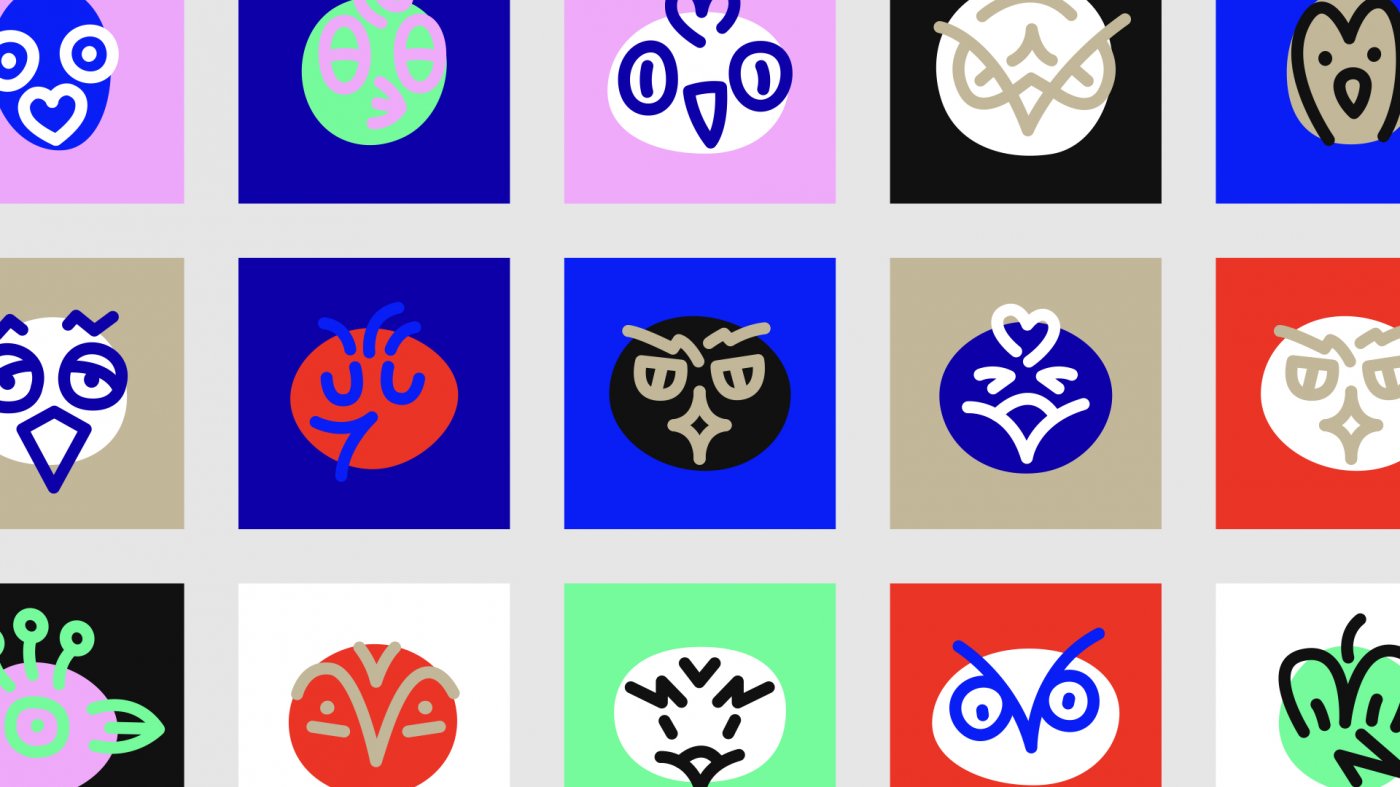 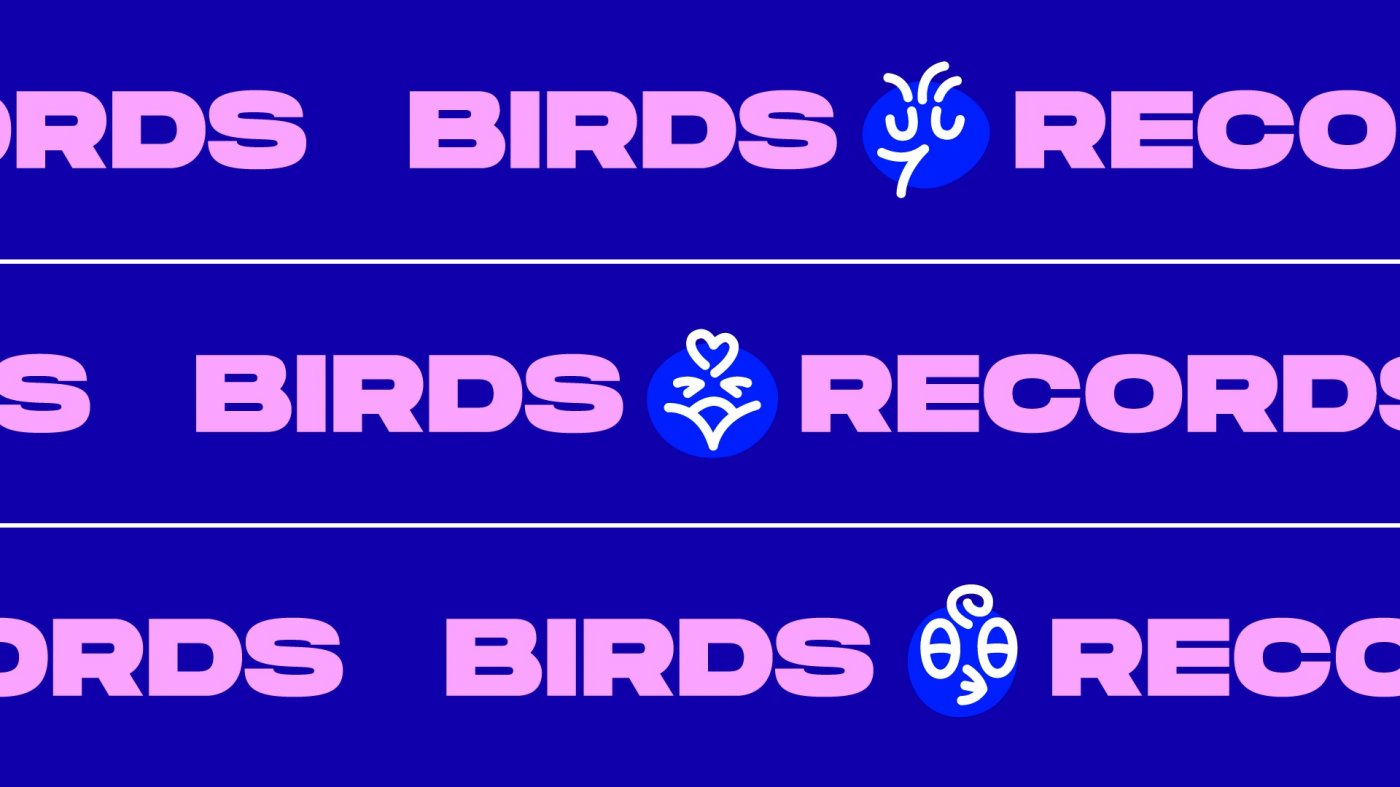 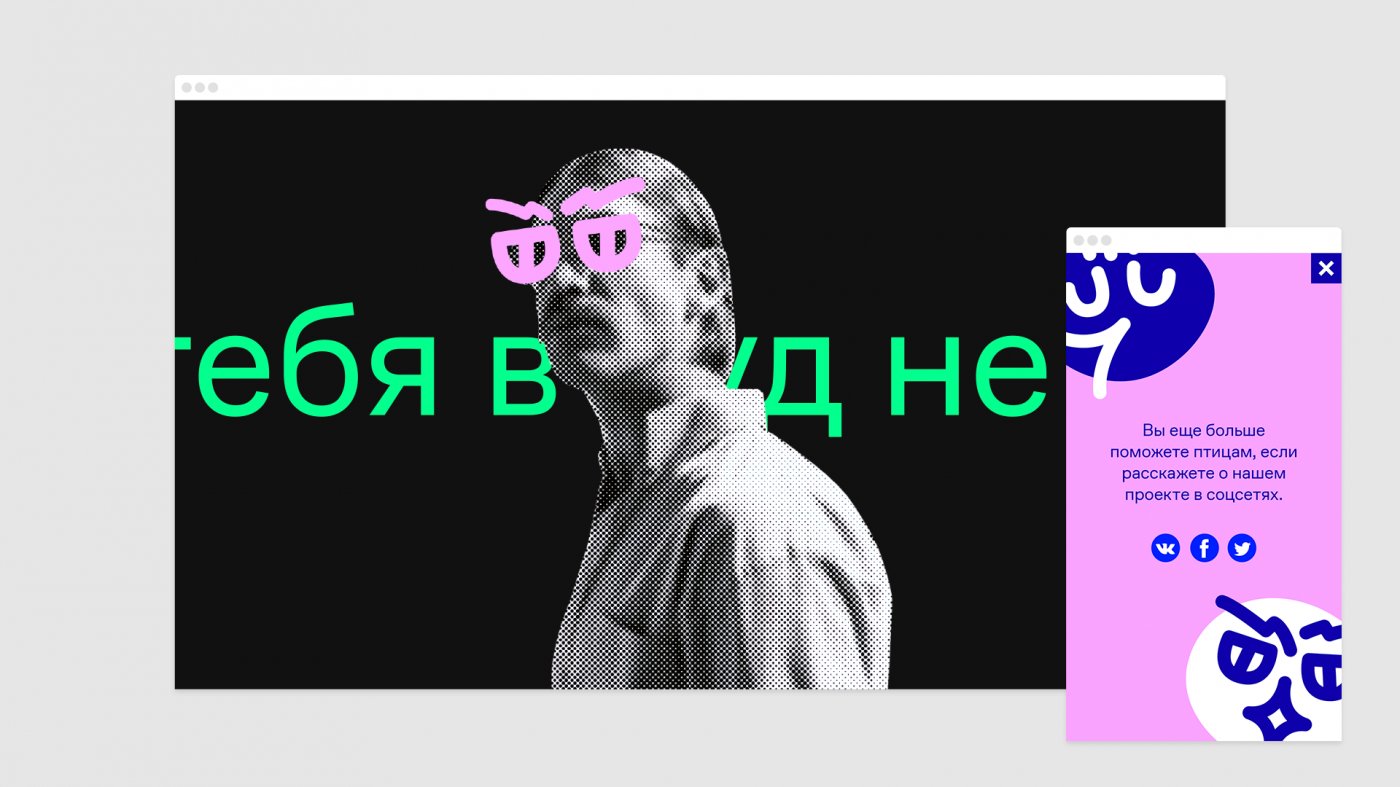 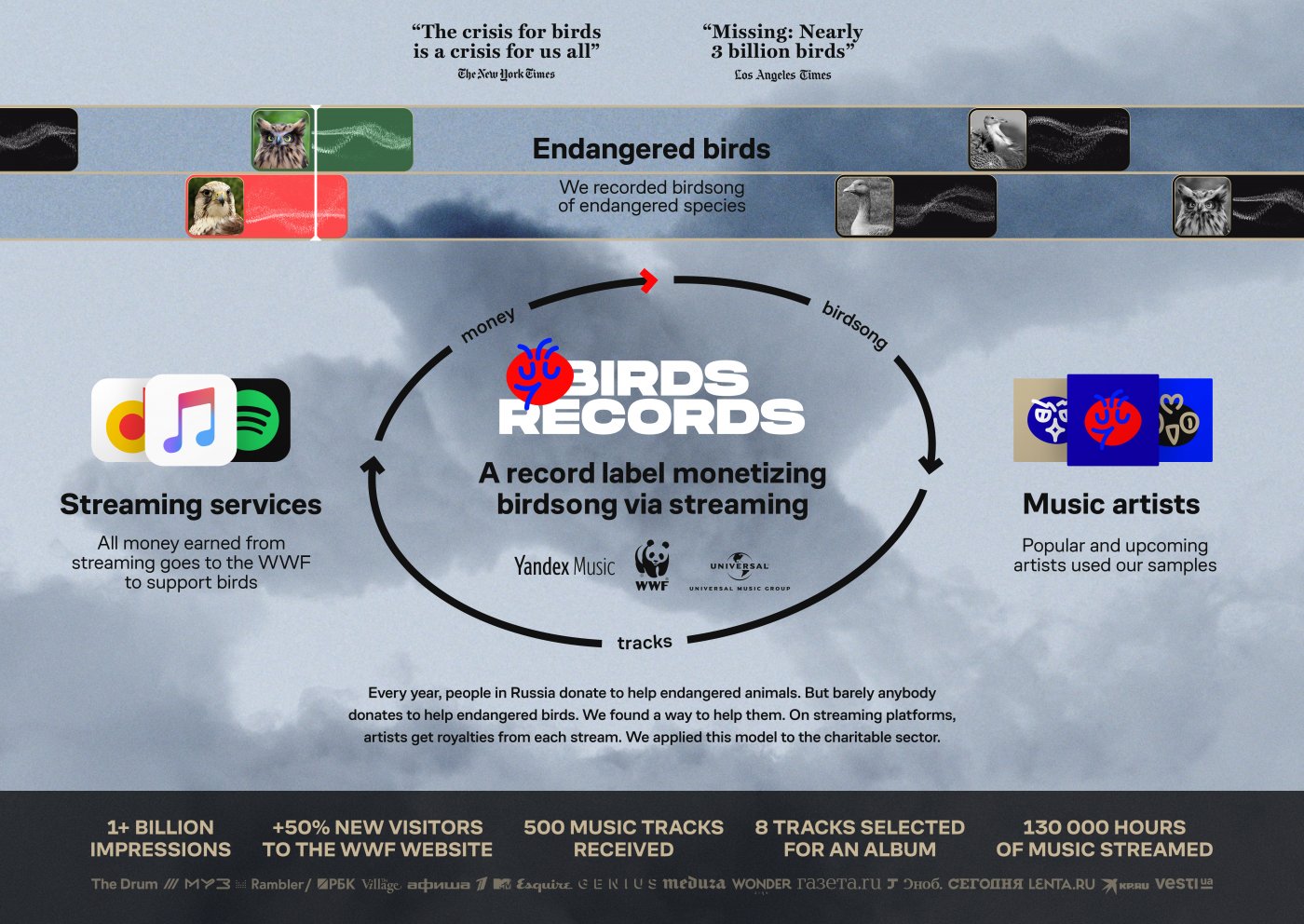 New Use of Media

To create a sustainable revenue stream for WWF we transferred the music streaming model to the charity. The birdsong of endangered species became music samples available to artists for free, on condition that all streaming proceeds go to WWF to bird protection. It became the basis for our record label monetizing birdsong. After launching we received over 500 tracks, the best of them will be released in first album. Birds will earn money while people listen to music.