Five ways 72andSunny Amsterdam have smashed conventions with their innovative creative campaigns
Rey Andrade is Creative Director at 72andSunny Amsterdam. Before moving to the Netherlands, Andrade worked in 72andSunny’s LA office, as well as Venables Bell & partners and Agency215.

At ADCE Festival, Andrade will draw on these experiences for his talk, ‘Creativity Needs Diversity’, divulging how multi-cultural and diverse organisations can be potent creative environments.

Before he takes to the stage, he shared with us five projects which demonstrate an approach to innovation, diversity and creativity that we can all learn from.

“Sometimes you get a little lucky and have to move at the speed of the internet. So last year when British comedian and rapper Michael Deepah (aka ‘Big Shaq’) dropped an unexpected shout out to Lynx in his debut single ‘Mans Not Hot’ we had to act fast. We created a custom-made Lynx (AXE) can, which spouts Big Shaq phrases with each spray.

From idea to production, the can was entirely created in-house. Even the 3D-printing of the final prototype was made in our maker’s studio in Amsterdam to ensure we got the details just right.

The prototype was delivered to Big Shaq and we were super happy/surprised to see that he loved it as much as we did! He took to social media (Twitter, Facebook and Instagram) to show it off, asking his fans who would get one? The video was covered by titles such as NME and Unilad, and blew upon socials with more than 20,000 comments and 1.7M views across platforms.”

We analysed usage and built the launch content around the most popular products people had been placing in AR. We decided to create a mini-series, hosted by lifestyle blogger Caroline Solomon (@lowcheekbones) where contestant couples used IKEA Place to settle their furniture debates.

The mini-series, named ‘Matchers Keepers,‘ sees couples and flatmates team up and find out how well their tastes really match. Three episodes were created; Sofas, Lamps and Tables. It explores the potentially relationship-saving service IKEA Place provides to couples, families and friends by making it fun and easy to reach common ground on design choices.”

“Using the world’s biggest moment in sport as the backdrop, the FIFA World Cup, together with adidas, we re-engineered the traditional campaign model. Through personal storytelling, we brought together 56 of the world’s most influential creators across sport culture.

We worked with several partners to identify the most relevant on/off pitch interests and icons across key cities, that would feature in the film. Based on this data we shot 56 different icons (including Leo Messi, Gabriel Jesus, Caroline Wozniacki, Karlie Kloss, Pharrell Williams) across Sports Culture and created 100’s of personalised opening sequence combinations.

We won the battle for attention with over 128m completed views; more people watched the full film at a higher rate than the adidas average for watching 50% of a film. The drop off rate after 5 seconds was 50% lower than the average. It wasn’t just the strength of the creative that was driving the results, as the personalised films had a 94% better completion rate than the non-personalised version of the film, available on YouTube.” 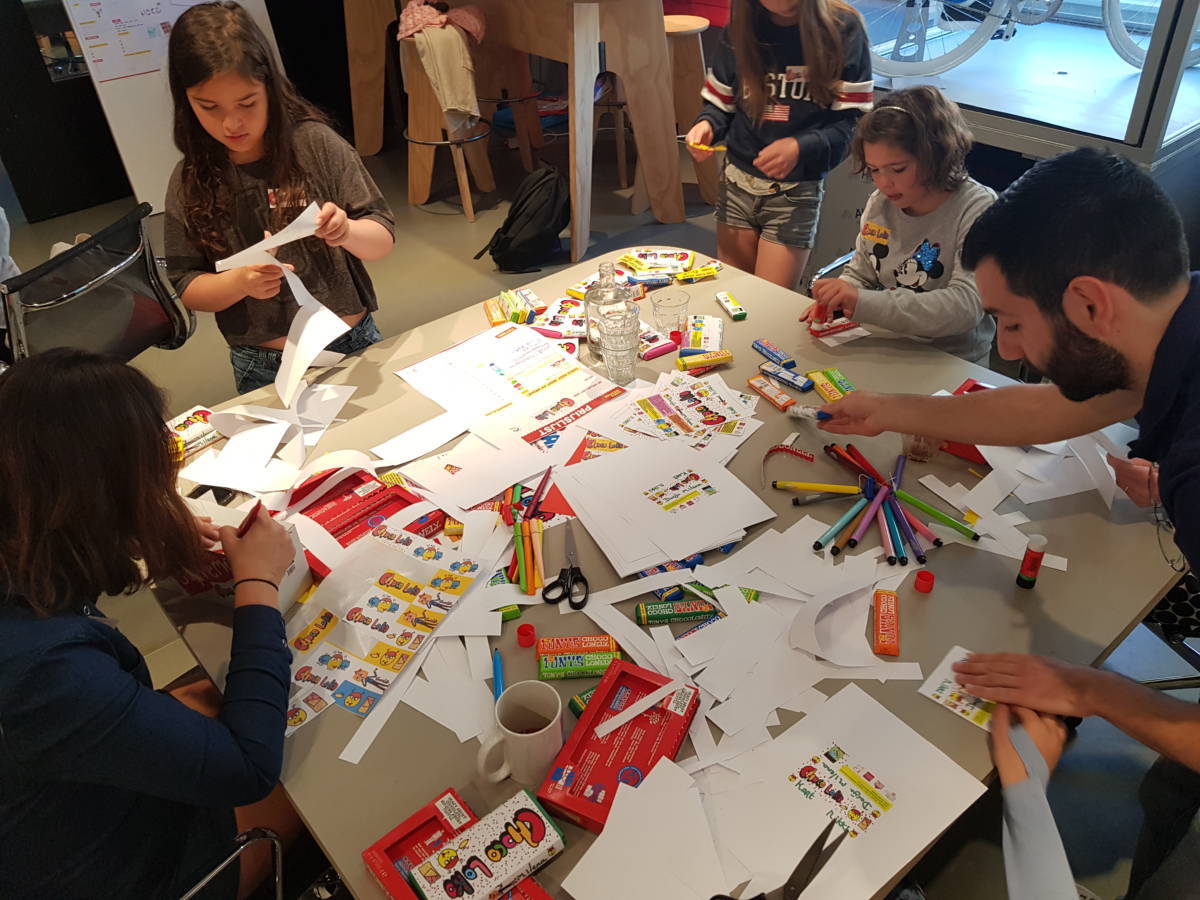 “At 72andSunny Amsterdam, we know diversity is a key competitive, creative advantage and in an office with 31 nationalities, this is very much rooted in our DNA. We’re also passionately committed to growing and diversifying the creative class beyond our office.

This year we have expanded the breadth of our Amsterdam’s 72U programme by working with local Amsterdam partners to organise Choco Bizz Kids. Choco Bizz Kids is a unique experience that educates youth on sustainable entrepreneurship, and how they can contribute to a better world by setting up a socially-minded business.

In addition, the 72u Winter session will start in November with a group of six candidates from different backgrounds, cultures, skill sets and life stages. The creative residency supports workshops and hands-on projects that aim to give back to the local community and make Amsterdam a nicer to place to live.

These initiatives give us a place to experiment, learn and test, allowing for more innovation and experimentation to come through, This helps us keep inspiration within our teams while allowing people outside of our industry to understand that their skills and knowledge can be used in many different ways and can often be key ingredients in our industry.” 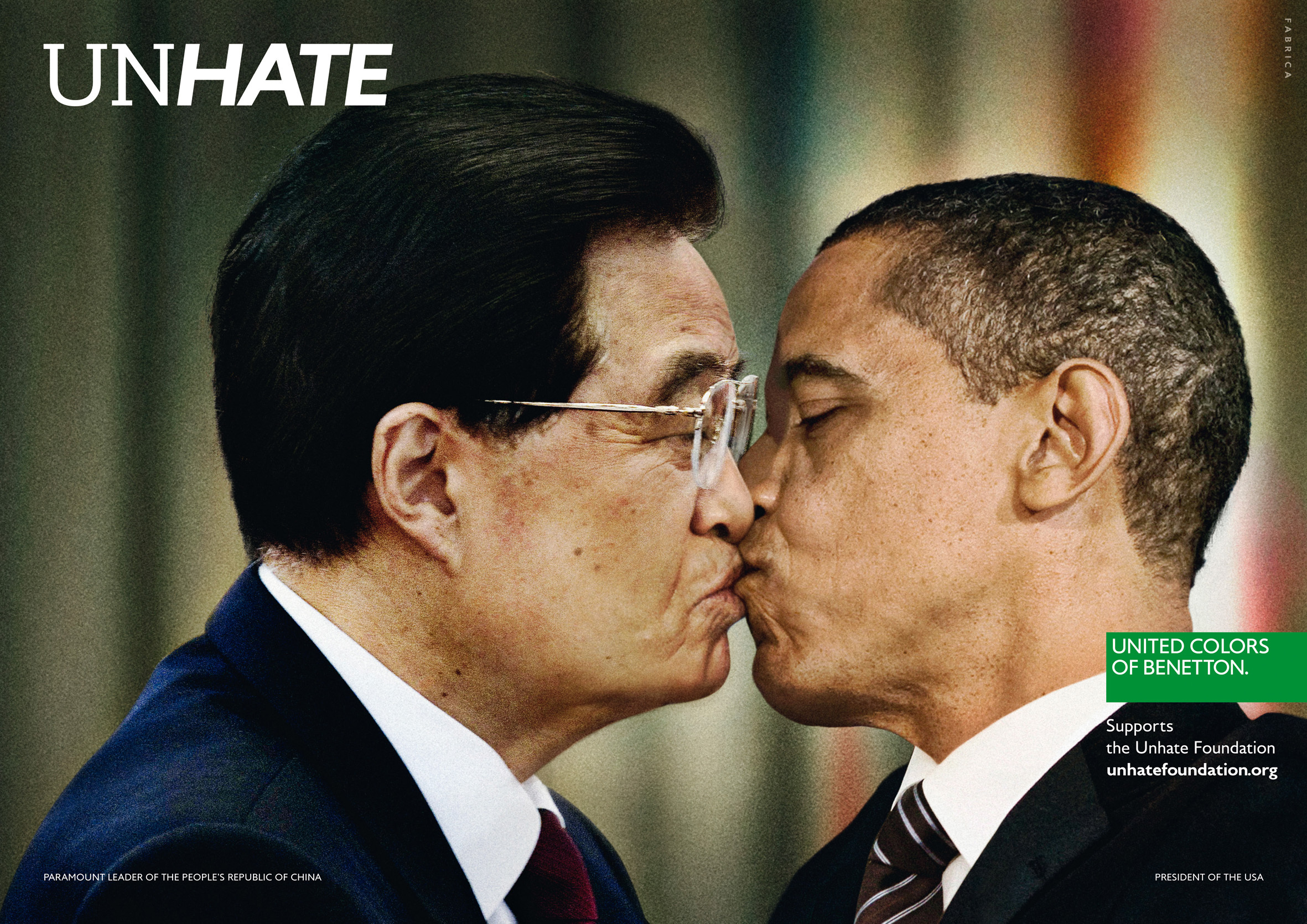 “We believe that by having a positive impact on culture, brands can stay relevant while achieving significant commercial gain.

This has been true since our inception: the first campaign the 72 Amsterdam office ever made was a bold and culturally relevant work, promoting tolerance with Benetton, which has always been a provocative part of the brand’s heritage. The first time I saw this campaign I knew I had to be a part of this office.

In the ‘Unhate’ Ad the central theme is the kiss, the most universal symbol of love, but made controversial by featuring world politicians and religious leaders. The campaign was launched to support the UNHATE Foundation and to send a message about the need to overcome the culture of hate, through dialogue and the understanding of differences. We were the first agency to partner with Benetton’s Fabrica and PR studio to develop their strategic and creative brand platform for the UnHate campaign. 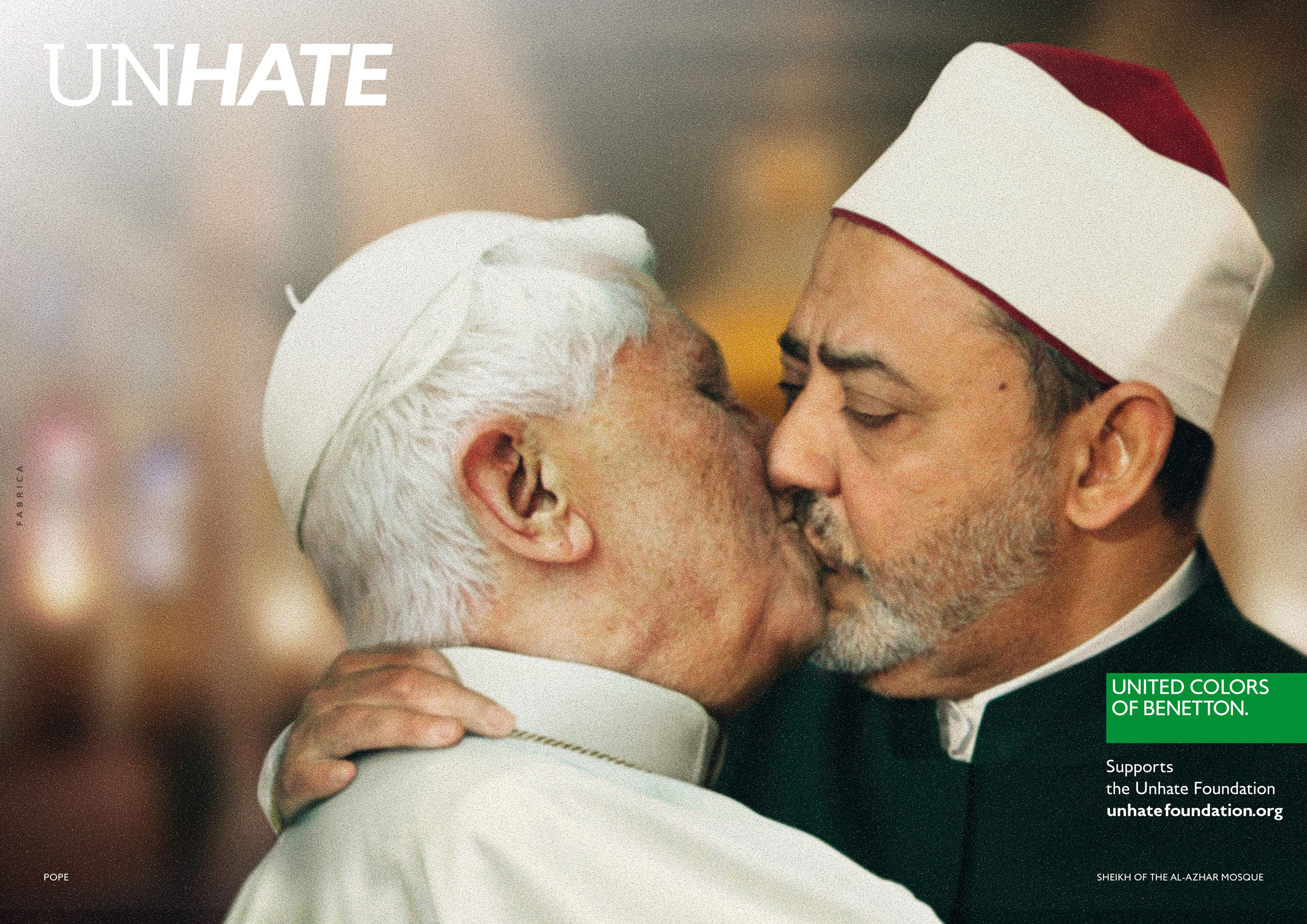 This is still one of our most iconic pieces of work to date.”

‘Rewiring the Creative Machine’ is the thread running through the ADCE Festival’s conferences, workshops and networking opportunities. Tickets are now on sale, with special discounts for students and ADCE members.

Speakers
Industry leaders will look into the transformation of the creative process
Read more
Workshops
8 hands-on workshops aimed to delve into the singularities of the creative process
Read more
Programme
Take a look at our programme to plan your schedule.
Read more
Back
Share
Facebook
Twitter
Mail
We use our own and third-party cookies on this website to improve our services and show information related to your favourites by analysing your browsing habits. Your continued browsing is considered acceptance of the use thereof. You may change the settings or obtain further information here.
Close